After a decade with President Basescu and four different prime ministers, a new time has come to Romanian politics – a time of normalcy.  It is staggering indeed that a candidate runs and wins on a platform of „a normal Romania.”  Campaigns are usually about extravagant and exhilarating promises that nobody plans to keep, but they grab the people’s attentions and, more importantly, exploit their desperate craving for a better tomorrow. This guy was a little different and there are several things that put him apart.

A number of circumstances have led to Klaus Iohannis’s election. First and foremost, he did not have the strongest opponent. Had he run against Sorin Oprescu or even Mircea Geoana, he would have probably lost. Yet, that does not matter, because he won against Victor Ponta.   Also, Iohannis became a national politician in 2009 when he was denied the prime minister position by Traian Basescu. Again, had Basescu appointed him, there are good chances he would have lost the presidency.   Despite all that, Iohannis won largely because of his German origin, mayoral record, and Romania’s demographics.

Romania’s youth have launched an unprecedented campaign in support of Iohannis, largely through social media, but also mass public gatherings.  Ironically, young Romanians felt inspired by Iohannis despite him being much older than Ponta. Young people were craving for a free minded straight talking manager, as opposed to a flamboyant opportunistic politician. Io 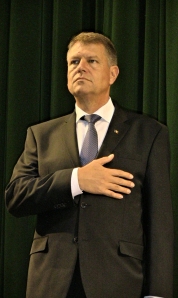 hannis is not at all your typical candidate as he has little if any charisma, but neither did Angela Merkel. The newly elected president has something much more valuable – integrity and vision to bring Romania on the track of normalcy, no matter how oddly it sounds.

Still, as with every inspirational candidate, expectations may be too high. I am afraid, even despite Iohannis’s fairly low key promises; Romanians may be up for an upset. Especially, those voters in diasporas who overwhelmingly backed Iohannis will hardly see Romania transformed on their watch. Honestly, things could even turn into a major disappointment. Remember the hype about Constantinescu’s election or even the historic win of Barack Obama, politicians may inevitably disappoint as they are merely human and have way less things under their control than the public likes to think.

All this is not meant as an excuse, but rather as a sober reminding that often major excitements come at the cost of major disappointments. Let us hope that Iohannis will be different and have the power to steer Romanian political class towards constructive dialog and, who knows, maybe even fruitful cooperation. Let us hope that he will use his slow soft spoken tone to conduct the political and bureaucratic machine towards engineering a better future for Romania. Let us also hope that Romania will become a little more like Germany. Finally, let us all hope that it is not too much to ask.