On October 29, 2015, after just 90 days in office, Prime Minister Valeriu Strelet lost a no-confidence vote, becoming the third head of cabinet to be censured by Parliament after Ion Sturza (1999) and Vlad Filat (2013). Following Filat’s arrest, it was only a matter of time until Strelet would be forced to go, since he was too committed to defending his former boss by attempting to retaliate against the Anti-Corruption Center and the Democratic Party. Strelet was perfectly aware that his days as PM were numbered, when he warned that a plot was brewing against Moldova and its European course.  For Strelet, it may seem like a conspiracy, when his boss just went to jail, but it is not. It simply is the natural conclusion of Filat’s rivalry with Plahotniuc. More importantly for the much trumpeted up geopolitical implications of the ensuing crisis, it was not Russia that made Filat take those (alleged) bribes. So, using the threat of pro-Russian parties coming to power in order to cover up your own mess is getting old. Enough with geo-politicizing governance failures and outright corruption! This only feeds the culture of political impunity. Truly, Moldova is facing a mess of astronomic proportions, but its roots are inherently local, nonetheless.

Moldovan politicians have long learned to imitate reforms and pay lip service to their commitments. Their western ‘development partners’ learned to turn a blind eye largely because of the much hyped anti-Russian hysteria. International media plays a major role in feeding that frenzy, which may or may not be justified in the broader geopolitical landscape, but it is certainly damaging to those trapped in the crossfire. In the case of Moldova, potential risks posed by pro-Russian factions are constantly overestimated, while clearly underestimating the risks generated by the so-called pro-European parties. NewEurope rightly points out the doublespeak when pro-western tycoons are called magnates; meanwhile pro-Russian ones are called oligarchs. 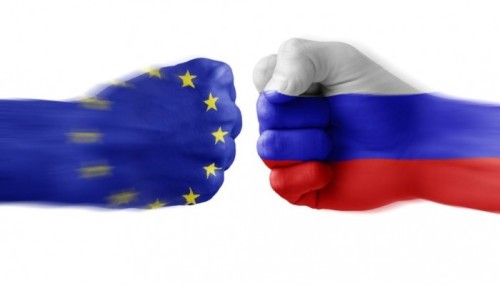 There is no question that Russia routinely behaves as a bully in relation to its much weaker neighbors, including often to the detriment of its own citizens living in countries like Moldova. However, just as pro-Russian electorate is highly susceptible to Kremlin’s propaganda; pro-European voters are much attuned to western media’s presumed higher moral ground. Unfortunately, much of the coverage Moldova’s ongoing political crisis receives, does not live up to those expectations.  Employing a one size fits all approach by bending the highly nuanced reality to fit the predetermined discourse is wrong.

Brian Whitmore writers for RFE/RL that in Moldova “the Kremlin appears to be counting on corruption to do the job.” He echoes Marc Champion from Bloomberg View, who contends that “to understand how Russian President Vladimir Putin may get his way in Ukraine without having to continue the war there, watch its neighbor, Moldova.” By framing Putin as the all-powerful master, it renders Moldovans mere powerless agents, which does not do justice to all those genuinely committed groups of protesting citizens. It further creates and environment that discourages any meaningful policy action because of the almighty Putin who will sooner or later ruin all of that good work. It cultivates an utter sense of despair.

Even in one of the best accounts of the ongoing crisis in Moldova, Daria Goncearova and Balazs Jarabik still fall prey to the anti-Russian rhetoric, emphasizing that pro-Russian opposition may use popular revulsion to come to power and stop Moldova’s cooperation with the EU. A discourse build along these lines has a twofold negative effect: It delegitimizes pro-Russian opposition parties and, thus, provides pro-Western incumbents with ‘a competitive edge’ if not a full endorsement, to abuse their current position of power. Secondly, it perpetuates and reinforces fears and stereotypes instead of combating them. The net effect of such a discourse is that it undermines the struggling Moldovan democracy.

Yet, the last thing that Moldovans need is lecturing and the induced feeling of guilt. Painting Moldova as a sinkhole, Europe’s most corruption-saturated political system, and an embarrassment to European decision makers, as does the Financial Times, generously concluding that Moldova still matters because of its geographic location, is not only condescending but also hypocritical. The Washington Times writes that many on the pro-EU side in Moldova “see Russian involvement in stirring up the demonstrations so the Kremlin can have more control over the situation.” This leads WT to conclude that “one of the pro-EU parties [Democrats] defected to the other side and the Moldovan parliament voted to dissolve the government.” The journalist even quotes Liberal Democrat MP, Iurie Tap, calling the vote of no confidence “a political act in the interests of Russia.” While it is understandable that writing for an international audience, often from afar, implies tradeoffs; key tenants like truth and accuracy, fairness and impartiality, and, particularly, the do no harm principle, ought to remain paramount.

Former head of the OSCE Mission to Moldova, William Hill, provides a sobering outlook of the country’s future: “whatever Moldova’s long-term geopolitical orientation, the country will continue to be poor, unstable and unhappy until it can build honest, transparent, efficient institutions to manage its public affairs and govern fairly and honestly.” It is no secret that powerful, independent and professional media and civil society are a key element in building that better future.  It is high time that international donors refocused their attention towards rebuilding Moldovan civil society and independent media, which, in the last couple of years, have been decimated by the political class. This is imperative in order for local experts and journalists to be able to provide fair and balanced analysis, thus, raising the level of public discourse and ensuring a higher degree of accountability of state institutions. 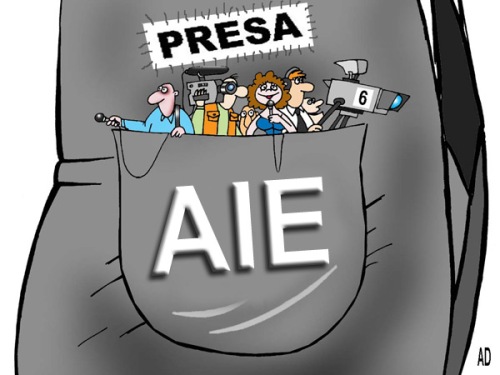 7 responses to “How International Media Feeds Political Crisis in Moldova”