For years Moldova has been depicted as the poorest, most corrupt and least developed country in Europe. Moldovans have long come to terms with their country’s negative image, rivalled only by its obscurity. However, the youth protests in April 2009, better known as the “Twitter Revolution”, have put the country on the map. The communist regime’s subsequent departure opened the way for progressive forces promoting truly inspirational messages, all under the banner of European integration. Moldovan citizens and European decision-makers were equally inspired. Moldova was subsequently quick to become the poster child for the European Union’s Eastern Partnership Programme. With generous western assistance, Moldova has embarked on a path of economic transformation and political democratisation, or so everyone thought. However, signs of trouble emerged early on.

Projecting their hopes onto their new leadership, both local civil society and the country’s development partners in the West have turned a blind eye to the snail-paced reforms in the justice sector, endemic corruption and a lack of transparency. As a result, seemingly emboldened by a feeling of self-righteousness bordering on impunity, the ruling pro-European coalition’s leaders felt free to repeatedly accuse each other of corruption, engage in hostile takeovers of private assets and take political control of nominally independent law enforcement agencies and state-owned enterprises. Above all, rivalry between the then-Liberal Democratic Party leader Vlad Filat and former second-in-command of the Democratic Party Vlad Plahotniuc has triggered one major political crisis after another.

There is no exception when it comes to the latest of these brawls in Moldova, fittingly labelled the “War of Roses”, because the Democrats have red roses as their party symbol whilst the Liberal Democrats are fond of white roses. Like in medieval times, aristocrats fight each other while the common people bear the consequences. In true political thriller fashion, Moldova witnessed a public political execution in October like it had never seen before. One of the ruling coalition parties’ leaders and former Prime Minister Vlad Filat was stripped of his legislative immunity and arrested in the parliament chamber in connection with the infamous billion dollar bank scandal (a recent event where one billion US dollars disappeared from Moldova’s three main banks – editor’s note). As a result, Plahotniuc has emerged as the undisputed hegemon of the national political scene.

Inevitably, Moldova’s democratic credentials have come into question. A concept, tailored by political scientist Lucan Way over a decade ago (addressing Moldova’s unique condition immediately after independence), described the situation with surgical precision. According to Way, “Moldova is best understood not as a struggling or unconsolidated democracy but instead as a case of failed authoritarianism or ‘pluralism by default’.” Weak state institutions, tenuous elite networks and polarised politics have ensured a feeble democracy. However, as institutions grew stronger but less accountable, elite networks became ossified and political pluralism waned.

Currently, Moldova faces a rather peculiar reality as a political party holding about 19 per cent of parliamentary seats is controlling the national political system whilst enjoying only six per cent popular support. The Democratic Party yields disproportionate power, thanks in part to its position at the political spectrum’s centre. However, more important is the powerful, Berlusconi style media empire Vlad Plahotniuc, the party’s main benefactor, has been able to amass. Plahotniuc’s much debated influence over law enforcement and the justice sector is another factor contributing to the eroding democracy in Moldova.

Most importantly, people have started to lose faith in European integration, largely because the pro-EU establishment has given European integration a bad name. Today, the number of people supporting Moldova’s integration with the EU has decreased to almost half of the initial 70 per cent that supported it when the communists left power in 2009. The once surreal notion of Moldova joining an integration project spearheaded by Russia is now a real possibility, though still unlikely because of the inherent political backlash associated with a radical change of political direction. Following Ukraine’s EuroMaidan experience, pro-Russian politicians in Moldova would be ill-advised to even consider any such moves, but it certainly has not prevented them from mobilising their support with promises of “closer ties to Russia”. Indeed, a wave of charismatic populism has swept the national political spectrum’s left wing as the communists’ demise has created a significant vacuum. However, the so-called Russian threat, although real, is often exaggerated in order to be rapaciously exploited by the incumbent elite at the expense of democracy and good governance. 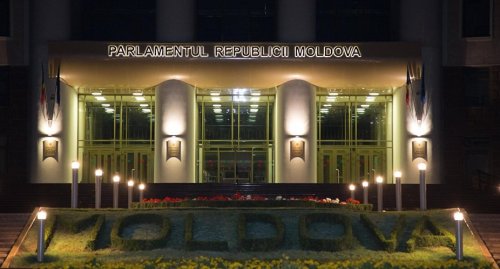 Ironically, Moldova’s western partners have also fallen prey to this “anti-Russian hysteria” which allowed local politicians to manipulate Brussels by only playing lip service to reforms and blaming their failures on their country’s geopolitical context. The Moldovan elite has learnt that by simply invoking the Russian threat, they can make the EU more lenient and less demanding. The tactic has worked even better on the national front. Liberals, Liberal Democrats and Democrats were able to win the 2014 parliamentary elections by a narrow margin only by engaging in large-scale fear mongering and by outright banning a pro-Russian party. Meanwhile, voters were kept in the dark about the banking sector’s ongoing shenanigans. When the billion dollar scandal erupted after the elections, many voters felt cheated. The lack of transparency associated with the nomination of Chiril Gaburici as prime minister in February 2015, followed by his resignation in June, created further instability. His successor, Valeriu Strelet, failed to provide stability, being censured by parliament on October 29th, 2015. As Moldovans put that year behind them, it looks as though 2015 will certainly go down in Moldovan history as the year of four prime ministers.

Meanwhile, a group of civil society representatives joined forces in February 2015 to set up a civic platform called “Dignity and Truth”. This civic movement is closely associated with a local TV channel called JurnalTV, owned by businessman Victor Topa. Topa has been living in exile in Germany to avoid a ten-year prison sentence issued by a Moldovan court in 2011, allegedly upon Plahotniuc’s orders. Jurnal TV and the civic platform have routinely been credited with supporting the Liberal Democratic Party, but the civic movement has quickly outgrown the party’s base and has been able to mobilise tens of thousands of people to rally in the National Assembly Square in Chișinău and ultimately occupy it. However, Plahotniuc’s own media arm has largely been successful in discrediting the protest movement which lacked strong leadership and a coherent strategy. Nevertheless, the civic platform remains a major outlet for public discontent. Having announced its intention to build a political party, the movement will now attempt to become an alternative force, hoping to oust the current elite.

Worsening economic conditions have bolstered anti-government sentiment. Despite this, the ruling parties have been instrumental in containing the protest by denying media access, defaming organisers and sabotaging public rallies. Furthermore, the government has benefited from a lack of unity among protesters, both within the civic platform and within the left-wing pro-Russian opposition. Moreover, this disharmony has been most keenly felt between these two large groups. Protesters from both left and right-wing camps are clearly undermining each other instead of working together to achieve common goals. Apart from ideology and geopolitical preferences, there may also be a rather mundane explanation for this. There have been numerous allegations in the media about pro-Russian forces being influenced, at least in part, by Plahotniuc. These two relatively new players on the national political scene appear to have an increasingly powerful grip on the vast left leaning pro-Russian electorate disillusioned with the communists’ recent track record. The socialists, led by former communist Igor Dodon, and Our Party, led by controversial businessman Renato Usatii, have been propelled to nationwide notoriety after staging a protest of their own: a broken mirror reflection of the civic protest movement. Therefore, the protests have been increasingly viewed as a proxy war between political groups in power. The most disheartening fact is the vast majority of the people attending these rallies on both sides are genuinely frustrated with the status quo, but their sincere display of civic indignation appears to have been hijacked by the political establishment.

The situation is still in flux, but socioeconomic conditions are prone to deteriorate quickly, particularly if a new government is not appointed in due time or if the government fails to agree on a memorandum with the International Monetary Fund (IMF). Financial support promised by Romania was put on hold pending a resolution to the political crisis in Chișinău. Therefore, it is clear a new government is unlikely to ensure a budgetary lifeline from elsewhere and will be forced to accept the IMF’s demands, creating inflationary pressures and cornering the political establishment even further. Macroeconomic indicators are worrying while the recent spike in energy prices is likely to contribute to even greater popular dissatisfaction (which has the potential to trigger a mass revolt the government could not contain).

At the same time, as Moldovans grow increasingly disillusioned with the last few years’ so-called democratic transformation, there is a real danger of the country sliding into authoritarianism. Moldova has been fortunate enough to avoid this thus far, not by virtue of intention, but rather by circumstance. It is a well-known fact that populism thrives in times of economic and political turmoil. Therefore, it is highly unsurprising that Renato Usatii, the leader of the populist Our Party, is currently the most trusted politician in Moldova and could win a direct presidential election. It is still unclear if the next president will be elected within the parliament or whether the constitution will be amended to allow direct elections. Either way, Usatii will not be eligible until 2018, when he turns 40.

However, the second most trusted politician in the country, according to a recent poll commissioned by the International Republic Institute, is Harvard-educated World Bank economist, Maia Sandu. She unswervingly carried out painful yet necessary reforms during her three-year tenure as education minister, which ended abruptly with the fall of the Gaburici government in June 2015. She is considering launching a political project and is currently weighing up her options. In light of the ongoing political crisis’ uncertain outcome and lacking funds for party building, Sandu has been hesitant to fully take advantage of her political capital but remained outspoken. The former minister cannot hide her disappointment about the fact that, while high calibre professionals have made sacrifices to accept low paying jobs in the public sector, “the rest of the team is stealing a billion dollars”. Needless to say, the dim hope of alleviating the human capital deficit in Moldova’s public sector is now more distant than ever.

As a result, the immediate future of the country looks bleak. The political establishment has been running the country into the ground with an occasional helping hand from the opposition. None of the major political parties have a credible plan for turning the country around. Mounting social pressure will further push the country towards the brink. However, instead of assigning guilt, I would encourage politicians to look for possible remedies. As there is currently neither a short nor medium term local solution available, international partners need to step in. There is clearly no silver bullet. However, the idea of capacity building among the country’s weakened and demoralised civil society never gets old. Although imperfect, it is the best hope for kick-starting a failing democratic process and re-energising a deeply disillusioned nation. Even so, the bigger question remains: how can Moldova build a sustainable culture of citizenship that nourishes critical thinking and learns to view the government as its agent and not its master?

Note: This article was written in early December for the latest issue of New Eastern Europe Magazine (Jan-Feb 2016). New Eastern Europe is a not-for-profit bimonthly magazine dedicated to providing its readers with up-to-date and insightful commentary, analysis and discussion on the issues relating to the region today.

One response to “Moldova’s Great Disillusionment”