A divided national identity and pervasive Soviet legacy provide fertile ground for Russian interfer­ence in the weak and unstable Moldovan political system. Historically, Moldovan political elites have always been divided between those who support and those who oppose closer ties with Russia. Russophiles have generally had the upper hand ever since Moldova became a Russian protectorate in the early 18th century, only to have its eastern part, known as Bessarabia, incorporated into the Russian Empire in 1812. However, despite an assiduous process of assimilation and denationali­zation, a significant portion of Bessarabian elites maintained their identity and used the opportunity provided by the Russian Revolution to unite with Moldova’s kin state Romania in 1918. Nonetheless, a Soviet ultimatum forced Romania to concede Bessarabia in June 1940, only to regain it a year later. Yet the Soviet Union ultimately took control of the region in August 1944 and established the Moldovan Soviet Socialist Republic.

Despite zealous efforts to turn Moldovans into Soviet citizens, some local elites withstood the denationalization process, albeit at an extremely high personal cost, as many of those who opposed the regime were imprisoned or deported to the Soviet Far East. Against all odds, a national eman­cipation movement was still active even in the Soviet police state. Later, as Mikhail Gorbachev’s policies of perestroika and glasnost allowed some political liberty across the USSR, a national move­ment laid the groundwork for a future Moldovan state, which gained independence in December 1991.

Political Vulnerabilities of a Young Democracy

The political system of the Republic of Moldova is still undergoing a transition from a Soviet one-party police state to a pluralist democratic society. Despite having adopted a modern European-style constitution in 1994, Moldova’s democratic credentials have consistently come into question. As political scientist Lucan Way stated  “Moldova is best understood not as a struggling or unconsolidated democracy, but instead as a case of failed authoritarianism or ‘pluralism by default.’”

The two main problems of central government bodies in Moldova are their hyper-politicization and pervasive corruption. Despite two decades of discussions on the benefits of depersonalized public service, Moldova is still far from a professional technocratic government. Apart from the destructive practice of excessive politicization of government structures, political control over the judiciary and other key institutions that should remain beyond the realm of politics, such as the central bank, regulatory agencies, and law enforcement discredits the key democratic principles of separation of power and checks and balances. This state of affairs plays into Moscow’s hands because Russia has heavily invested in promoting its type of ‘sovereign democracy’ as an alternative to traditional western-style democracy.

Weak state institutions, tenuous elite networks, and polarized politics have ensured a feeble democracy. Political parties are notorious for having a short life cycle, being inextricably linked to the popularity of their founding leaders, with power most often concentrated in the hands of the party leader and/or a handful of donors. Due to a high personification of political parties, weak ideological foundations, and an overreliance on geopolitically driven electoral platforms, that are either in favor or against closer ties with Russia or the West, parties are easy targets for foreign interference and manipulation.

Unsurprisingly, parties in power and their de facto partners in the opposition tend to be treated with more leniency by Central Election Commission, a supposedly independent watchdog. The 2016 presidential campaign of Igor Dodon was a case in point. Media investigations uncovered an allegedly illegal campaign finance scheme in which money was funneled from Russia via offshore companies in the Bahamas. However, the Central Election Commission not only failed to take these allegations seriously, but one of the names mentioned as a beneficiary of these offshore funds, Socialist Party lawyer and a major contributor to the party Vadim Filipov, was appointed as a member of the Central Election Commission itself.

Note: This excerpt is part of a monograph edited by Dr. Leon Aron, Director of Russian Studies at the American Enterprise Institute in Washinton DC. The authors of the book entitled: “To Have and to Hold: Putin’s Quest for Control in the Former Soviet empire” assess the likelihood and shape of potential Russian intervention in neighboring countries, Putin’s pursuit of what he views as his historic mission to restore Russia’s regional hegemony, how he is securing his regime’s legitimacy with patriotic mobilization, and what he is doing to continue his project of destabilizing trans-Atlantic unity. 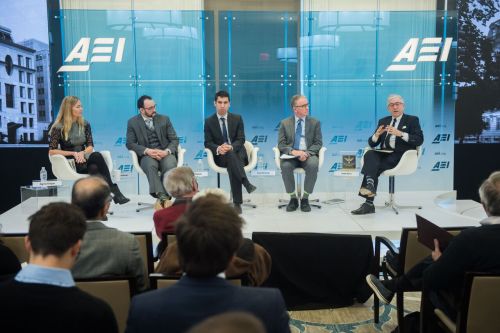