Legislative Election in Gagauzia: The Autonomous Region Turns its Back on Moldova Again

On December 4, Moldova’s Autonomous Territorial Unit of Gagauzia held the second round of its legislative election. The People’s Assembly (Gagauzia’s legislature) is composed of 35 members elected for a four-year term in 35 single member districts. A winner needs to gain at least 50 percent plus one vote to be elected. Of the 126 candidates registered in the race, 17 won in the first round and 15 in the runoffs. Another two districts are yet to hold their runoffs, and one district will hold a repeated election due to low turnout, which failed to reach the 33 percent threshold (Gagauzinfo.md, December 5).

The overall turnout was 42.8 percent, which was about one percent lower than in the first round. The apathy can be explained by the fact that this election has been overshadowed by the presidential election in Moldova organized just three weeks earlier. The Constitutional Court has not validated the outcome of the presidential election yet, as it waits for the conclusion of the post-electoral legal battles over the election results. This adds further anxiety to the Gagauz voters, as 99 percent of them supported the president-elect, former Socialists Party leader, Igor Dodon, mainly due to his pro-Russian message. However, this time, the Socialists failed to capitalize on their earlier electoral success in the region. In fact, the Socialists were met with hostility at town hall meetings, being told, “We supported the president, but we can manage things locally on our own” (Budjakonline.md, November 28).

Of the 32 Gagauz legislators already elected, only four are women, while 16 are incumbents, the majority being under the age of 50 (Gagauznews.com, December 6). Yet, most importantly, of the 32 legislators, only nine are affiliated with a political party (seven socialists and two democrats), the rest being independents. This indicates a very high distrust among Gagauz voters toward the national political parties. Consequently, as regional parties are not allowed under the Moldovan law (out of fear that they could spur secessionism), the Gagauz are voting in droves for independents, who are most often local businessmen, bureaucrats or intellectuals. However, once elected, these independents tend to align themselves with one of several political power houses in the region, including the camp supported by the current governor Irina Vlah, the camp of the former governor Mihail Formuzal, the Democratic party camp led by former Mayor of Comrat (the capital of Gagauzia), Nicolai Dudoglo, and finally, the Party of Socialists, which took over the electorate that the communists used to hold in the region. Governor Vlah was also elected with the support of the Socialists, so it is likely that a coalition between Vlah’s supporters and Dodon’s Socialists will form the future majority in the Assembly. The current speaker Dmitrii Konstantinov (a defector from the Democratic Party) is likely to hold on to his position if he is able to bring a couple more votes to the future coalition. Yet, unlike four years ago, when the Democratic Party was able to convert a large number of independents to its side and create a majority, albeit short-lived, this time the Democrats appear uninterested in investing heavily in shaping the future majority in the Gagauz legislature (Gagauzinfo.md, December 6). 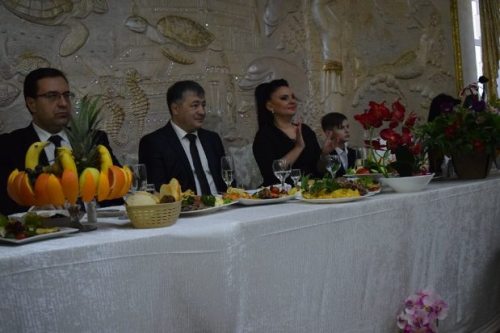 The reluctance of the ruling Democratic Party, which considers itself pro-European, could be explained by the public relations fiasco it suffered in 2014, when its own members in Gagauzia had to support the region’s referendum staged by local nationalists, aided by Russia, in the hope of precluding Moldova from signing the Association Agreement with the EU. The referendum of February 2, 2014, considered illegal by the Moldovan authorizes, preceded the one in Crimea by just over a month. With a turnout of over 70 percent, voters almost unanimously (98.4 percent) supported closer integration with the Russia-led Customs Union, while 97.2 percent firmly stood against closer ties with the EU. In addition, when asked about Gagauzia’s future should Moldova lose its sovereignty, 98.9 percent agreed that Gagauzia should have the right to independence (Gagauzinfo.md, February 3, 2014). It remains unclear to this day whether the third question implied Moldova’s potential unification with Romania or it referred to the country’s supposable accession to NATO and especially the EU. Either way, despite Moldova having signed and ratified the Association Agreement with the EU, Gagauzia remains a stronghold of pro-Russian sentiment in Moldova and, by the virtue of the 2014 illegal “self-determination” referendum, it can serve as a destabilizing factor in the country. The fact that president-elect Igor Dodon stated that Moldova’s integration into the European Union is only possible without Gagauzia and Transnistria provides further evidence (Interfax.ru, November 21).

This legislative election is unlikely to change much in Gagauzia as the legislators, who are serving only part time, keeping their day jobs, lack the resources and prerogatives to significantly improve the conditions in the autonomous region. In terms of geopolitical discourse, they will remain hostages of their electorate, who are heavily influenced by the Russian media, despite receiving large amounts of aid from the European Union and its member states, and virtually none from Russia (Moldnova.md, September 8). Unfortunately, these facts find it hard to reach Gagauz voters. Importantly, the Moldovan authorities have done little to integrate the Gagauz into the national political and social life. Until Chisinau makes it a national priority to address the grievances of the Gagauz autonomous region, which remains one of the poorest regions in one of the poorest countries in Europe, there is little prospect for better relations between Gagauzia and the rest of Moldova and, certainly, fewer chances of re-integration with Transnistria.

Note: The article was written for the Jamestown Foundation and can be accessed here.