The Future of Moldovan Politics after October 30th

Lately, Moldova has been going through some major political transformations. Firstly, a directly elected president is, perhaps, the most obvious of several such developments. Another well documented process is the reformatting of the political spectrum both on the left and on the right. While something that is less apparent, the downfall of the Liberal Party implies the fading of unionism as a defining party platform. Thirdly, signs of de-criminalization of the political process, albeit through selective justice, are another major development. Last but certainly not least, the ongoing consolidation of Vlad Plahotniuc’s power vertical boosts the central role of the Democratic Party, which may be cemented further by a move towards a mixed electoral system.

Needless to say, a popularly elected president, be it Igor Dodon or Maia Sandu, will behave rather differently than has been the case with Nicolae Timofti. Yet, in the unlikely scenario that Marian Lupu accomplished his life dream of becoming president, we are going to have another Timofti type figurehead. Should Dodon win, Moldovans will be presented with an elaborate play in which Dodon will pretend to fight Plahotniuc, who will, in turn, pretend to oppose the Russian threat, embodied by Dodon. While, behind the scenes Dodon will continue to do Plahotniuc’s bidding in exchange for Plahotniuc using his power to shield Dodon from potential competition, be it the Communists or, even more so,  Renato Usatii. So that, after the next Parliamentary election the theater of the absurd can reach its climax by Dodon and Plahotniuc formalizing their relationship in an (in)formal ruling coalition.  Alternatively, should Sandu win, she will use her presidential platform to set a national agenda aimed at undercutting Plahotniuc’s power structure. Mainly, PAS and PDA will use their momentum for the parliamentary elections. Because the presidency, though symbolically important, is little more than a megaphone, which can be overpowered by even louder noise from Plahotniuc’s political and media machine. Winning the presidency is a major stepping stone towards taking control of Parliament in a coalition with the Dignity and Truth Platform, which has, so far, proven itself a trustworthy ally. However, even if Sandu loses in the face of Plahotniuc-Dodon political duo, PAS and PDA will still be well positioned for the upcoming legislative elections. Since not just Plahotniuc but also Dodon will become part of the ruling establishment.  This is only valid as long as the electoral system remains the same. In the likely scenario that Plahotniuc tries to introduce a mixed electoral system, which dramatically shifts the balance of power to his favor, Dodon will be forced to show his true colors.

Even without the change of the electoral system, the reformatting of the political spectrum has been ongoing for some time. After 2009, the right wing of the spectrum was divided between PLDM and PL, only to be rehashed again between PAS and PDA. Interestingly, the apparent downfall of the Liberal Party, which polls below the margin of error, is particularly symbolic because it appears to drag down with it one of the main national political currents – unionism.  Supporters of the unionist movement have become utterly disillusioned with the Liberal Party and its leader Mihai Ghimpu, who, despite running for president on a vocal unionist message, polls at just one percent. Almost all of PL supporters have migrated to PAS, PDA and PD, neither of which are explicitly pro-unionist parties. PAS and PDA surely have a unionist wing, but they shy away from making unionism a key feature of their political identity and for good reason. Both PAS and PDA want to take the lead on the center-right, hoping to get the support of as many voters as possible, but a unionist platform sets you a ceiling of about 12%. It is still possible that the weaker of the two parties will embrace unionism at some point to cement its position, unless a new party replaces PL before that, perhaps one lead by current Constitutional Court Chairman Alexandru Tanase. Another public figure that Plahotniuc could employ for these purposes is George Simion, prominent unification activist, whom Plahotniuc has used before to galvanize unionist sentiments as a decoy during the turbulent coalition building process after the 2014 elections. In the meantime, Moldova remains without a standard bearer of unionism – a defining cleavage of local political competition. Perhaps, it is only natural since the Greater Romania Party has long lost its political importance in Romania. Whether we are entering post-unionist politics in Moldova is yet to be determined, but the implication for the left is apparent, once it starts to lose one of its own defining fear mongering talking point.

Meanwhile, the left wing of the spectrum has been slowly but surely metamorphosing from Voronin’s PCRM into Dodon’s PSRM, with the Democrats situated comfortably in the center. The meteoric rise of Renato Usatii did not fit into this plan. Usatii’s populist appeal was, in many ways, a problem for all parties, but mostly for Dodon and Plahotniuc.  If Usatii were to hold about 15% of seats in Parliament, then Democrats would lose their kingmaker position. Had Usatii not been banned from the 2014 election, we would now have a rather different picture, perhaps with Plahotniuc in a much weaker position or even out of power. That is why Usatii had to go. However, before we paint Usatii as a martyr, we need to be aware that Usatii had been in hot water before in 2014 and was even detained in October 2015 only to be soon absolved of all his sins by the same Plahotniuc controlled justice system. Conveniently, Usatii’s past dealings and present connections make him a perfect candidate for prosecution every time you need to distract the public’s attention from something far more important – say a crucial presidential election. 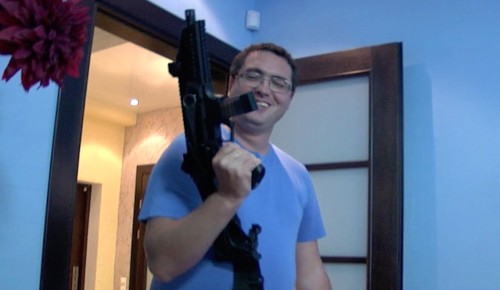 Following the Friday arrest warrant issued on Usatii’s name for an alleged assassination attempt of a business rival back in 2012, Usatii will join a long list of high profile criminal cases. Note that even this time Usatii was allowed to escape to Moscow. In this sense, Plahotniuc learnt from his mentor Voronin, who eradicated or exiled much or the powerful organized crime that controlled the most lucrative sectors of the Moldovan economy, only to be replaced by white-collar criminals, who took control over key financial flows and soon became politicians or sponsors of political parties: Vlad Filat, Veaceslav Platon, Ilan Shor, Victor and Viorel Topa, Renato Usatii, Oleg Voronin etc. One could even say that Plahotniuc is making the country a favor by rooting out criminal elements from the political process, with one major caveat – Plahotniuc himself is more than worthy of joining the likes of Filat, Platon and Usatii. The only thing protecting Plahotniuc from a criminal case is his control over the majority in Parliament. Therefore, Plahotniuc cannot afford to lose power,  which  is exactly what Maia Sandu is determined to make happen. Will Dodon? We could soon find out.